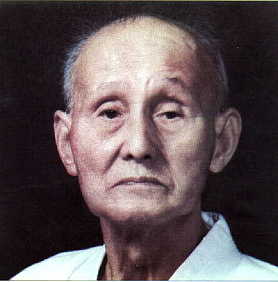 Master Otsuka was born on June 1st 1892 in Shimodate City, Ibaraji, Japan where his father, Dr.Tokujiro Otsuka operated a clinic. As a boy he listened to his mother's uncle, Chojiro Ebashi tell thrilling stories of samurai endevours. He himself was a respected samurai warrior. Master Otsuka began martial arts training at five practicing ju-jitsu under his uncle's instruction.

By the age of 13 he began his formal training during his school days (1906-1911) in Shindo Yoshin-ryu Ju Jitsu, a traditional Japanese martial art from which modern judo was derived. This was under the direction of Yokiyoshi Tatsusaburo Nakayama (Kendo instructor, 1870-1933). This style stressed kicking and striking techniques, in contrast to the throwing techniques of most ju-jitsu styles.

In 1911, Master Otsuka entered Waseda University to study business administration. It was during this period that Master Otsuka began studying Atemi-style Kempo, while he continued his studies in Shinto Yoshin Ryu. When his father died in 1913 he was forced to quit school and return to Shimodate to work at Kawasaki Bank.

By 1921 at the relatively young age of 29, he was awarded the coveted menkyo-kaiden, designating him the successor as master of this style. A year later he began karate training under Gichin Funakoshi, the man who introduced karate to Japan from Okinawa.

Shotokan Master, Gichin Funakoshi had been sent to Japan by a council of Okinawan karate masters in order to introduce Okinawa-Te (Tode) to the Japanese. This was requested by the crown Prince Hirohito. Master Otsuka heard of this visit and journeyed to Tokyo to witness the demonstration.

Funakoshi eventually stayed on the main land and taught his passion karate at the Meishojuku Gymnasium. Master Otsuka visited with him at the Meisei Juku (home for Okinawan students) and spent many hours discussing their ideas about the martial arts. At this time Master Funakoshi agreed to accept Master Otsuka as a student of his karate. Master Otsuka immediately saw the advantages of combining the karate of Master Funakoshi, especially the kata with the techniques and principles of Shinto Yoshin Ryu jujitsu. Because of his martial arts skill he was able to grasp the principles of karate very quickly.

Master Funakoshi recognized these abilities and in 1924 he was granted Otsuka his black belt in karate making him one of the first Japanese to be promoted in this art.

In 1927 he left the bank at Shimodate, and became a medical specialist treating martial arts injuries in order to devote more time to the martial arts.

Master Otsuka combined his new knowledge of karate with several of his own adaptations from his original Jui jitsu and Japanese Bushido (the Way of the Warrior) to form Wado karate. Master Otsuka intentionally made his karate as Japanese as possible. He also discarded techniques which he felt were ineffective. He introduced different kinds of body shifting techniques, a more upright stance for mobility, and reliance on evasion and counter techniques. Its emphasis of technique as opposed to strength and the traditional Okinawan karate maneuvers gave a softness to wado ryu unique in Japanese karate. He also introduced throws and joint locks into the repertoire and reduced the number of kata in his system to nine. Though many schools teach several more, Otsuka believed these nine were sufficient if studied properly. These include Pinan kata 1 through 5, Kushanku, Naihanchi, Seishan, and Chinto.

He had developed rules and regulations for competitive free sparring to be incorporated into his system, the first karate style to do so. These rules have been wholly or patially adopted by virtually all modern martial arts competitions. It is the sparring element in todays' karate that appears to attract many to the art.

Master Otsuka's wado ryu is a tremendously fast style. Its techniques and movements are the total expression of the practitioner's mind. As well as founding Wado Ryu Karatedo Renmei Federation, he was a founding member of the Kokusai Budoin (International Martial Arts Federation) and Director of the Japan Classical Martial Arts Promotion Society.

In 1967 the Emperor of Japan awarded Master Otsuka the Fifth Order of Merit (the Shiju Hoosho Medal) for his outstanding contributions to karate. He was the first karate master to receive this distinguished award.

In 1972, he was the recipient on the Hanshi Award, an even greater honour. Otsuka was again the first karateka ever honored by the royal family with the title of Meijin. Along with this award came the honour of being ranked at the head of all martial arts systems within the All Japan Karate-do Federation (Ju-dan or 10th degree Black Belt).

Shortly before his death Master Otsuka was recognized as the oldest practicing karateka in the world. Master Otsuka said "The difference between the possible and the impossible is one's will," and he always emphasized that the karateka should always hold true three vital elements - the heart, spirit and physical strength.

Even an above average man in his seventies or eighties would probably have been content to rest and let others continue his work, but Master Otsuka was not. Never believing that he or the martial arts in general had learned all that there was to know, he continued to practice. Putting on his gi (training uniform), he would train every day for twenty minutes on just one technique, and continue this for a full month. Those who have studied with him remarked how he enjoyed walking on the crowded streets of Tokyo, so that he could practice smoothly weaving and twisting (tai sabaki waza) without letting anyone touch him.

Wado Kai Karate was developed in 1934 originally called the Karate Promotion CLub. In 1940, when Master Otsuka was requested to submit an official name by the Butokakai in Kyoto he registered the style of Wado Kai. This ceremony took place together with Shotokan, Shito-ryu and Goju-ryu. This occasion is regarded as the first official naming of Karate styles.

Otsuka devised the name Shinshu Wado Jujutsu. This was later shortened to Wado. The term wa means "peace" or "harmony", but it also represents Japan as a shortened form of Showa, which was the name for the era of Emperor Hirohito. Do or doh means "the way". By putting the two together you get the way of peace and/or harmony. Originally the style was referred to as Wado kai which is "Wado-style" but upon becoming a hereditary system, the name became Wado-Ryu which is "wado-school."

Wado is perhaps the purest form of Karate-Doh, steeped in classical bujutsu (code of the samurai). Master Otsuka applied that outlook and experience to his teaching. He rejected hardening certain parts of the body such as callousing the knuckles of the hand, believing it was useless preparation. The aim of Wado Kai Karate is perfection of technique as well as development of a mind that is tranquil yet alive, able to react intuitively and without hesitation to any situation. The training required in Wado Kai helps the student acquire inner strength and calmness of character. They learn as well the virtues of self-control and true humility.

Karate for Mr.Otsuka was primarily a spiritual discipline: "Violent action may be understood as the martial arts, but the true meaning of martial arts is to seek and attain the way to peace and harmony."

Basics - punching, kicking, blocking, guarding, striking, joint twisting and prearranged and free-style sparring comprise the training foundation of Wado Kai Karate. Equally emphasized and fundamental to Wado is taisabaki - body shifting to avoid the full brunt of an attack - a technique derived from swordsmanship. Wado Kai Karate is ideal for all body types and age groups due to its' versatility. The study of karate is a rewarding and enriching experience. 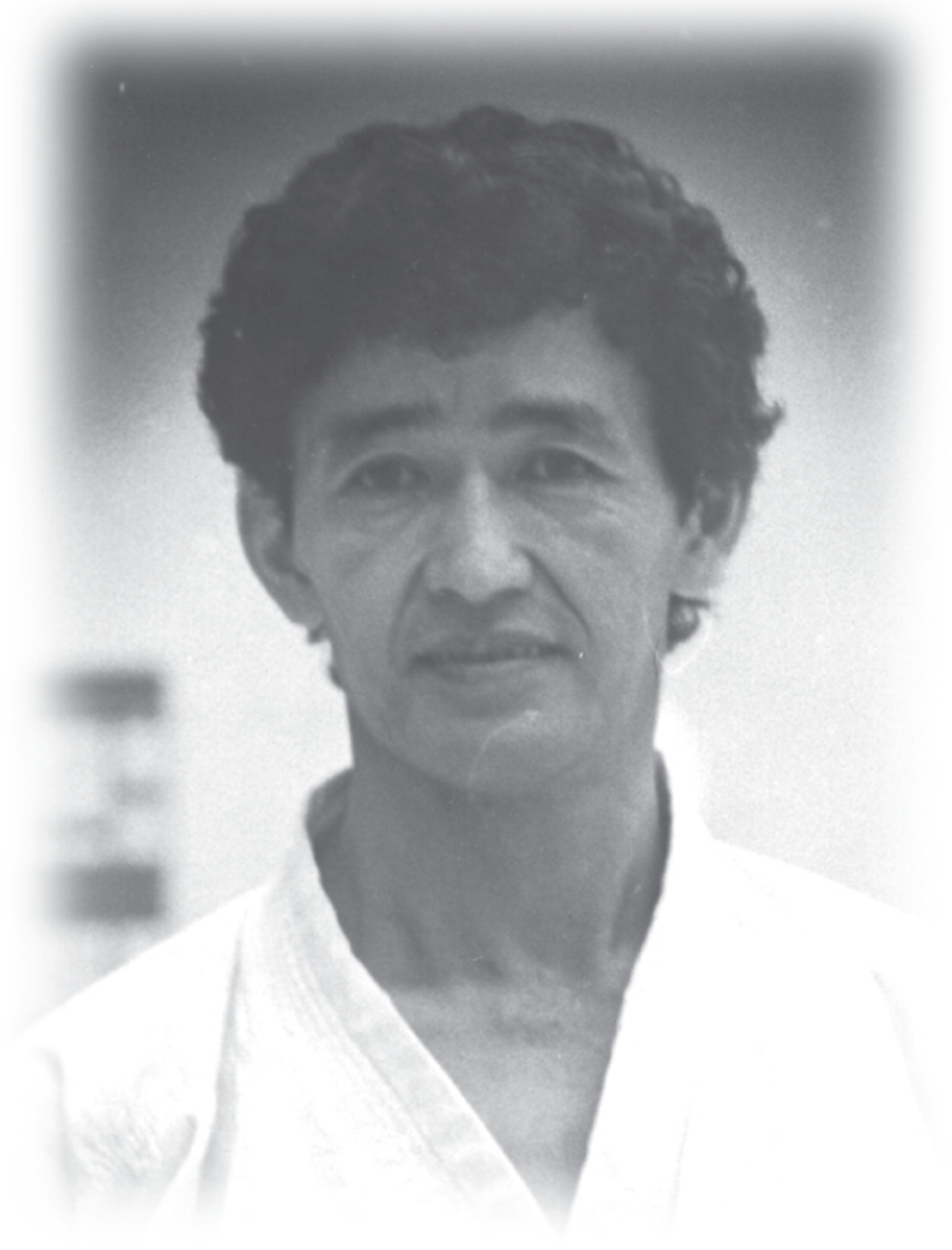 Sensei Masaru Shintani is a direct student of Master Otsuka, the founder of Wado Kai Karate. Mr.Shintani trained in karate for over fifty years.

Originally he started karate as a boy in an internment camp for Canadians of Japanese decent in British Columbia during the Second World War. Typical of his character he changed that nightmare into a blessing. His first exposure to karate was in this camp by a man named Kitagawa. Shintani remained faithful to Kitagawa for 20 years. After Kitagawa passed away, he began his search to learn more about karate.

In the late 50's he competed in and eventually won the All Japan Karate-doh Championships held in Tokyo. It was at this competition that he was noticed by Sensei Ohtsuka. Mr.Otsuka saw his skill, perseverance, and humility of the young Shintani that is so vital. They developed a deep friendship and Masaru Shintani became a student of Sensei Ohtsuka until the latters' death in 1982.

According to Sensei Shintani, "True karate can transcend national boundaries. A Canadian need not leave Canada to achieve excellence in the martial arts. Personal drive or determination and perseverance are what make good Karateka out of students."

To his last day with us, Master Shintani diligently followed the teachings of Master Otsuka, both on the dojo floor and in his daily life. In fact, he said there can be no separation. "If you sincerely attempt to practice the philosophy and attitudes of karate in class, they will eventually become part of your own nature and follow you wherever you go."

In his later years Master Shintani spent most of his time traveling around the United States and Canada teaching Wado techniques and philosophy to thousands of students under his direction. The rest of the time he spent practicing basic techniques and kata. He was quoted as saying "I believe at this point in my life and career, it is more important than ever to practice my techniques and I probably spend more time at basics than most of my students."

The Shintani Wado Kai Karate Federation is presently one of the largest martial arts organization under a single style in North America.

Wado Kai in the Niagara Region

Wado Kai Karate Clubs are very well established throughout the Niagara Region, largely due to the fact that Sensei Shintani spent many years here himself as a resident. He started many clubs along the way that are now being carried on by his direct students, many of whom have been involved in the organization for more than 25 years.